What is Periodontal Disease?

Periodontal treatment is necessary when various conditions affect the health of your gums and the regions of your jawbone that hold your teeth in place. Retaining your teeth is directly dependent on proper periodontal care and maintenance. Healthy gums enhance the appearance of your teeth, like a frame around a beautiful painting. When your gums become unhealthy, they can either recede or become swollen and red. In later stages, the supporting bone is destroyed and your teeth will shift, loosen, or fall out. These changes not only affect your ability to chew and speak. They also spoil your smile.

Periodontal diseases are ongoing infections of the gums that gradually destroy the support of your natural teeth.

Periodontal disease affects one or more of the periodontal tissues: alveolar bone, periodontal ligament, cementum, or gingiva. While there are many diseases which affect the tooth-supporting structures, plaque-induced inflammatory lesions make up the majority of periodontal issues, and are divided into two categories: gingivitis and periodontitis. While gingivitis, the less serious of the diseases, may never progress into periodontitis, it always precedes periodontitis.

Dental plaque is the primary cause of gingivitis in genetically-susceptible individuals. Plaque is a sticky colorless film, composed primarily of food particles and various types of bacteria, which adhere to your teeth at and below the gum line. Plaque constantly forms on your teeth, even minutes after cleaning. Bacteria found in plaque produce toxins or poisons that irritate the gums. Gums may become inflamed, red, swollen, and bleed easily. If this irritation is prolonged, the gums separate from the teeth causing pockets (spaces) to form. If daily brushing and flossing is neglected, plaque can also harden into a rough, porous substance known as calculus (or tartar). This can occur both above and below the gum line.

If gingivitis progresses into periodontitis, the supporting gum tissue and bone that holds teeth in place deteriorates. The progressive loss of this bone, the alveolar, can lead to loosening and subsequent loss of teeth. Periodontitis is affected by bacteria that adhere to the tooth’s surface, along with an overly aggressive immune response to these bacteria.

Periodontal disease is dangerous in that it is often painless and symptomless.

80% of Americans will be afflicted with periodontal disease by age 45, and 4 out of 5 patients with the disease are unaware they have it. It is important to maintain proper home oral care and regular dentist visits to reduce the risk of obtaining this disease.

Periodontal diseases are infections of the gums, which gradually destroy the support of your natural teeth.

Dental plaque is the primary cause of gum disease in genetically susceptible individuals. Bacteria found in plaque produce toxins or poisons, which irritate the gums. They may cause them to turn red, swell and bleed easily. If this irritation is prolonged, the gums separate from the teeth, causing pockets (spaces) to form. Plaque can also harden into a rough, porous substance known as calculus (or tartar). This can occur both above and below the gum line. As periodontal diseases progress, the supporting gum tissue and bone that holds teeth in place deteriorate. If left untreated, this leads to tooth loss. However, don't be fooled! In some individuals, particularly smokers, bleeding, redness and swelling may not be present - and disease will still be progressing. Further, pain is only rarely associated with periodontal disease.). This disease damages the teeth, gum and jawbone of more than 80% of Americans by age 45.

Scan the QR code below with your smartphone for mobile access: 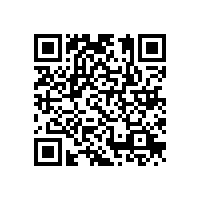